A Poem on Race and the Rich Diversity of the South

In July 2015, I was honored to to share a poem at a Speaking Down Barriers Event held at the Phyllis Wheatley Center in Greenville, SC. It was a wonderful, well attended and inspirational event that brought folks form a variety of backgrounds to discuss issues of race. These events are held monthly, so if you have not attended one, I certainly would encourage you to do so.

Below is the text of the poem that I shared. It is also published on the Speaking Down Barriers website: http://www.speakingdownbarriers.org/poems.html 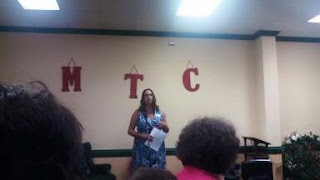 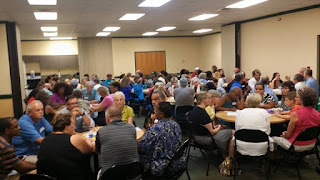 Sweeter than our Carolina Tea
By KJ Gibbs

My English Grandmother never allowed past her lips
a single bite of Spaghetti Marinara, Lasagna or other “foreign muck”.
While some may call her racist for it, others may point out
the hypocrisy in shunning Italian food, while simultaneously embracing
a far east stew that the English deem “Pub Curry.”

But my Grandmother never forgot her Rosie the Riveter years
in the Sheffield munition factory, or my Grandfather’s post
in Cairo that left him deaf,  or the birth of her first child
in a shell shocked hospital hallway with no doctor or electricity.

She never forgot the sound of the bombs on blacked out streets.
So she manifested her anger, she took her revenge for a ravaged city
in the only useless way she could: a hate for all things German and Italian—
right down to the noodles.

You may have realized that I have a heritage afar,
I’m first generation American, “an anchor baby.”
As my co-worker Yolanda exclaimed after I mentioned my English parents,
“I knew you were eating some strange food.”

And yes, the British are known for their love of weird food.
Yes, I’ll have the pizza with tuna and sweetcorn in it.
Sure I’d love the prawn flavored crisps. And TGIF!
Thank God its Fish on Friday cause I love me some Fish N’ Chips

Yet while not a single bone of my family is buried on American soil,
I am native born, raised in Carolina, learned in the ways of collard
greens, cornbread, grits, and biscuits. This food is what ties the cultures
of the South together. Take any group of Southerners, black or Textile Mill white,

they can bond over the commonality of a shared food tradition:
A tradition of fat back and pickled hot peppers flavoring
share cropper staples of string beans, potatoes, black eyed peas,
and greens. A tradition born from never having enough.

Yet in this New South, while our schools may be integrated,
where as much as we have moved forward — things have also stayed
the same. Some Southerners may have been trained with a more PC vocabulary
but the generational racism has not been erased from their hearts.

Nonetheless, Southern cultures raised in the isolation of slavery then segregation
have developed their own flavor — a quilt sewn of diverse tradition and dyed
with Indigo, Sumac, and Black Walnut.  Whether it is the traditional artisan
crafts of the Gullah Geechee, the Appalachian dulcimer twang, the colorful Haitian

dance, or the Tree Tossing Highland Games, our cultural differences are what makes
the American South Great — not a reason to hate.

Yet today, while more whites may keep racial slurs private, it is not because
their colorblind— it’s because they’ve learned to avoid the backlash.
Opting instead to create a culture of shunning our darker skinned countrymen.

Meanwhile friends of a darker hue are refused service
at a bar on Greenville’s supposedly welcoming Main Street.
How shocking that in this day, an American citizen is treated
as if he was wearing an invisibility cloak.

Meanwhile on that same Main Street, my black business partner
and I are harassed by a 30 something in a tie, for the crime
of walking shoulder to shoulder from Coffee to NOMA square.

If my Grandmother was alive today, I would tell her to forgive
the terrifying 1940’s and the undernourished 1950’s
and take a twirl with a plate of Mussolini linguine.

Just like today, I say to you, South Carolina — God Damn—
black churches are still burning and the strange fruit hanging
from bloody trees has been replaced by the echo of a Glock.

But most damaging, we are smothering
our young, gifted, and cultured beneath a hooded history.
Instead of celebrating a rich God-given diversity
that could make our Carolina future sweeter than our tea.

©Kimberly Jane Gibbs No part of this work may be reproduced or transmitted in any electronic or audio form without permission in writing from the author. The author reserves all rights to this original piece of writing.
Newer Post Older Post Home 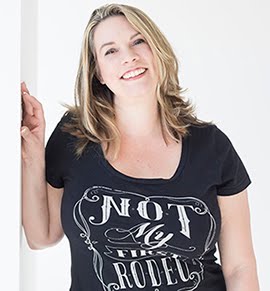 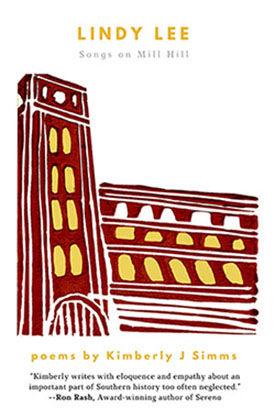 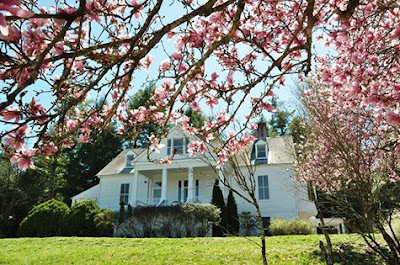